The Most Detailed Map of Cancer-Causing Industrial Air Pollution in the U.S. 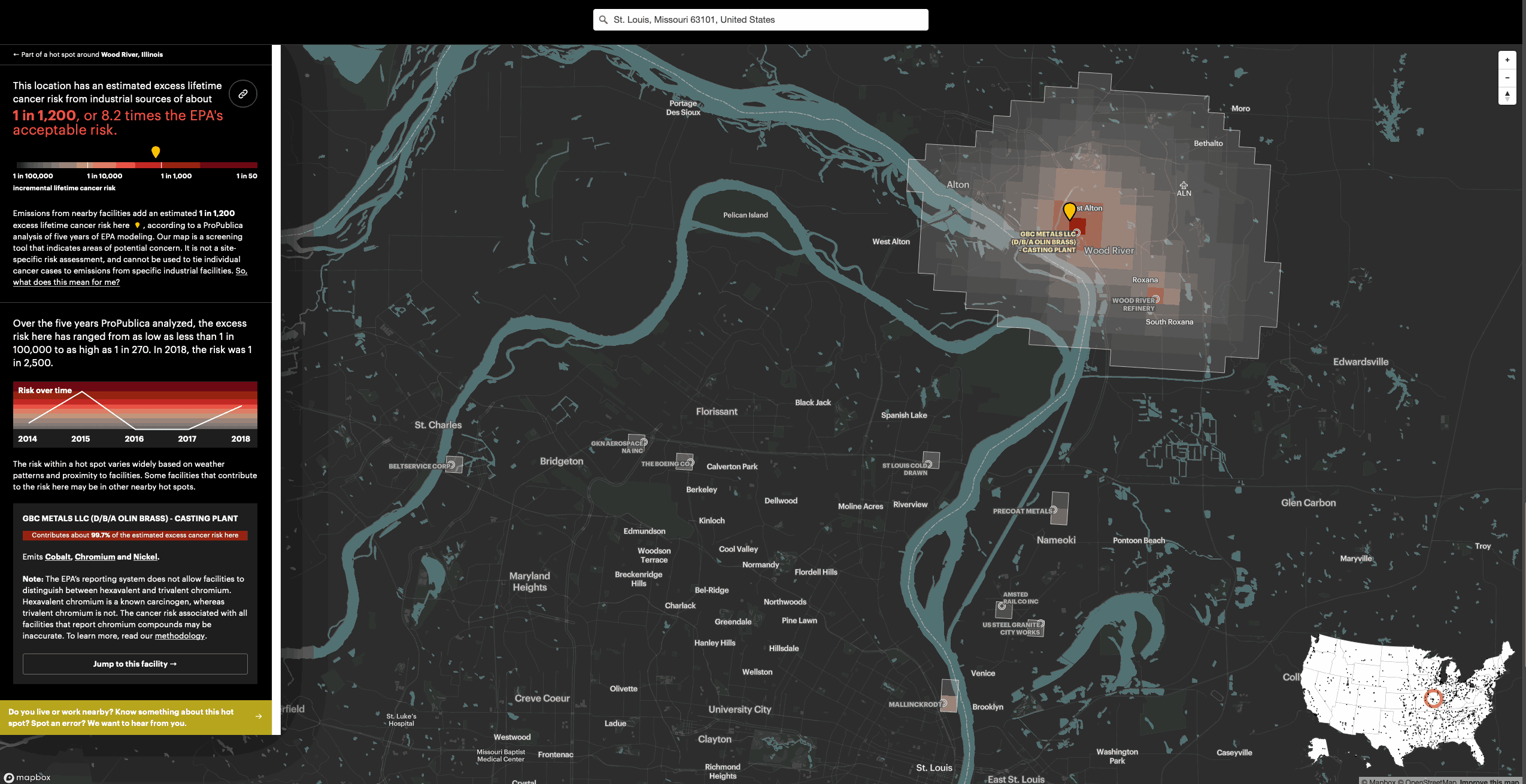 A new ProPublica analysis shows for the first time just how much toxic air pollution they emit — and how much the chemicals they unleash could be elevating cancer risk in their communities.

ProPublica’s analysis of five years of modeled EPA data identified more than 1,000 toxic hot spots across the country and found that an estimated 250,000 people living in them may be exposed to levels of excess cancer risk that the EPA deems unacceptable.

The Most Detailed Map of Cancer-Causing Industrial Air Pollution in the U.S. | ProPublica